Writing intriguing (or even “clickbait”) subject lines definitely leads to higher open rates. But does it help conversions? Learn how to measure whether “good” subject lines convert better or worse than “normal” ones and decide whether to continue using them. 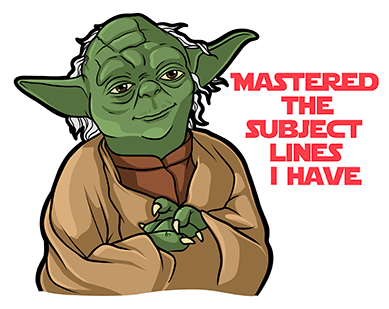 As a marketer, you want users to open your emails. If an email remains unopened, there’s no chance it will lead a user to take action. That is exactly why “clickbait” emails are so common.
To get your emails opened, you need to make some noise. Doing so often means using intriguing subject lines designed to pique the recipient’s interest and maybe even serve as clickbait to some extent. But as the actual email content can sometimes fall short of what was promised in the subject, readers may be left dissatisfied.
Measuring the conversion rates of any such emails you send will tell you for sure whether those emails work. After all, high open rates are a good thing, but they don’t get you very far if your visitors don’t take action and head to your site. In this win, you’ll learn whether your catchy subject lines that get people to open your emails also lead to a positive outcome at the end of your funnel.
Step 1:
Identify which emails with catchy subject lines have the highest open rates.
There’s no hard-and-fast rule for which emails you choose—just go with the most often opened ones whose subject lines are meant to entice.
Step 2:
Use UTMs to find the conversion rate for each of those emails.
Oribi’s UTMs section makes it easy to analyze how your individual emails convert. Filter your results by campaign, and then locate the campaign names for the emails you chose in Step 1. Note how those emails converted for each of your key events.
If you haven’t tagged your emails with UTMs yet, you’ll need to do that before you can analyze the emails. To read more about adding UTMs to your emails, check out Win #1 for this week. You can always come back to today’s win once you have your UTM data.
Step 3:
Now, do the same for your less “exciting” emails.
Once you know the conversion rates of both kinds of emails, compare them. Are the conversion rates of your catchy emails higher or lower than the conversion rates for your emails with more “boring” subject lines? Try to understand which types of emails result in the most conversions by looking at the conversion rate (rather than simply the count).
Sometimes you’ll see only very few conversions for each email, making it harder to analyze. In this case, we recommend choosing another event that’s higher up on the funnel—such as how many people entered your key pages—and comparing the conversion rates for each email. 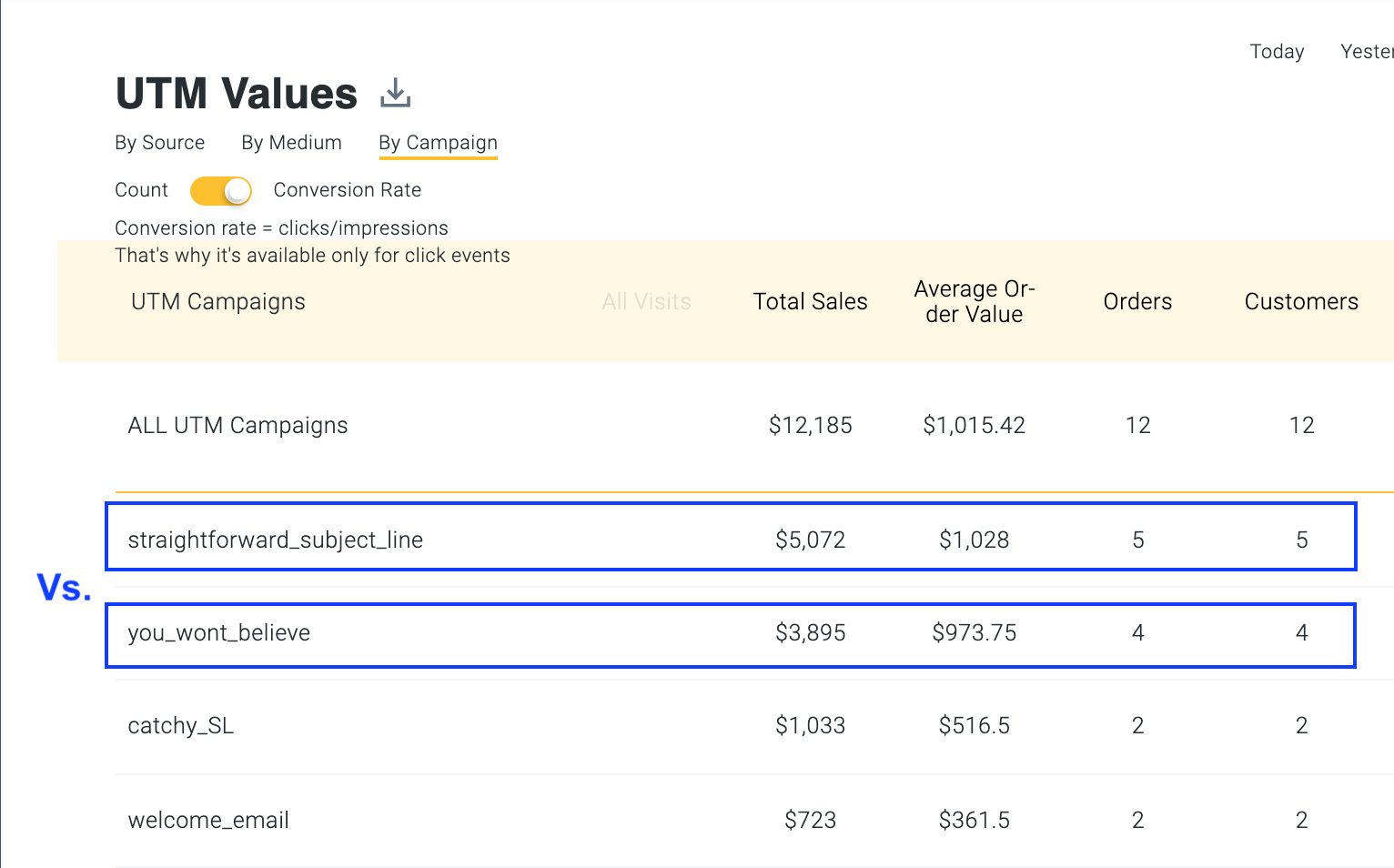 Take stock of your findings. If you find that your catchier subject lines lead to high open rates but relatively low conversion rates, try to understand what’s missing in the content of those emails. You can do this by comparing those emails to the ones that convert best. What’s different about them? Is there a way you can model all your email content after those emails that perform better?
If you find that some of your emails have great conversion rates but their open rates are low, try playing around with your subject lines. A/B tests can be super helpful when trying to pinpoint the right sort of subject line that’ll both intrigue your user base and tie in well with email content that brings value. When A/B testing subject lines, keep the body of the email the same. When you do so, you’ll know that any difference in performance is due only to the subject line.
Get In Touch
Contact us at info@oribi.io
Product
Features
Oribi for Agencies
Testimonials
Company
About Us
Careers
Resources
UTM Builder
Articles
B2B Ad Library
Benchmark Reports
Customer Success Stories
Help Center
Webinars
Videos
Legal
Terms of Use
Privacy Policy
Security
GDPR